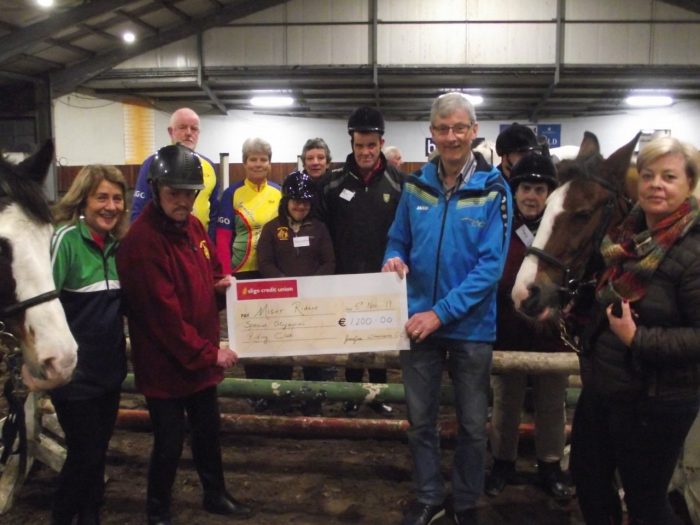 Innisfree Wheelers held their annual three counties cycle event in early September and the proceeds this year went to the Night Riders group in Sligo. This organisation promotes equestrian sports for people with disabilities.

This year the three counties celebrated it’s 25th anniversary. This unique event was initiated by club founder member John Greene back in 1994 as a means of raising funds for local charities.

The original course took the riders out the N16 to Manorhamilton. They then took a left turn which brought them through Kinlough and into Bundoran. From here they then turned for home and came back to Sligo on the N15.

With the massive increase in road traffic over the years, the organizers had to come up with a safer route which still covered the three counties but avoided the national primary roads as much as possible.

This year the riders started at Sligo Tennis Club and headed out the N15 to turn off at Munninane. Then the riders rode on all the way to Garrison Co Fermanagh, and turned then back to Rossinver where they enjoyed a welcome food stop.

Then it was uphill out of Rossinver and on to Manorhamilton. Just past Manorhamilton, they had to face their final climb of Muragh which took them in though the scenic parish of Calry to complete their event at Sligo Tennis Club.

Nearly 100 riders took part this year and raised Twelve Hundred Euro which was recently presented to the Night Riders Equestrian organisation in Sligo.

A big thanks must go to all involved including the following; Sligo Tennis Club, Rossinver Community Centre, All Marshals, Kevin Egan Cars, Ambulance Crew, Garda Siochana, Motor Bikers, and members who organised and cooked food and manned the food stop in The Tennis Club and also provided water stops etc.. Without such help and assistance Innisfree Wheelers would not be able to facilitate an event like this. 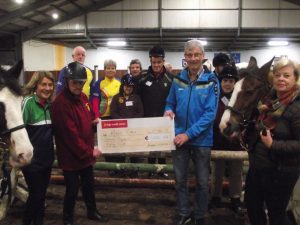