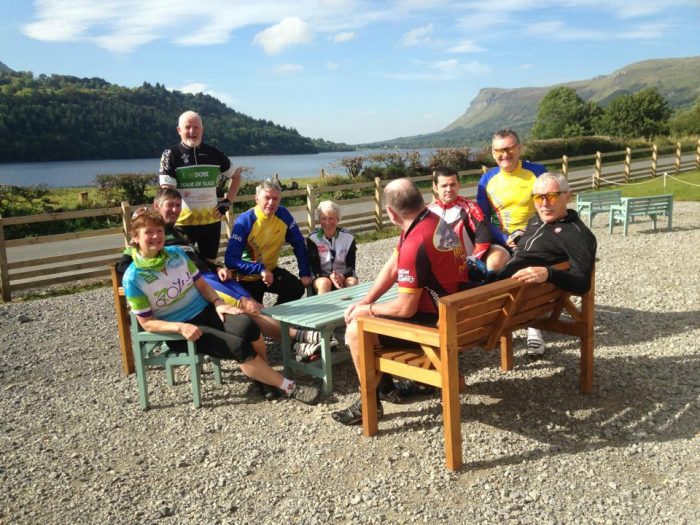 Innisfree Wheelers Cycling Club in Sligo are once again open for new members. If you are aged eighteen or over and might be interested in leisure cycling in the Sligo area then this is the club for you. Consequently, we are holding an Open Week commencing on Sunday March 1st at 10am at The Knocknarea Arena at IT Sligo

This open week is primarily designed for attracting new members to our club. You do not need to commit to joining up – but you can enjoy our company for up to three spins during that week. Beginning with a leisure spin on Sunday the 1st of March we will head out from the Knocknarea Arena at 10am and go for a nice spin to Ballygawley (about 10km).
Here we will enjoy a nice coffee stop in the beautiful Castledargen Hotel. Following this break, we will take whatever route back to base at IT Sligo that suits our new cyclists. There are a number of qualified cycle leaders within our club who will guide any potential new members in the requirements of leisure cycling.

Currently we have roughly a 50/50 female/male membership of all ages and abilities. For example, the weekly Sunday spin divides into FOUR cycling groups. All Sunday spins commence and finish at The Knocknarea Arena at IT Sligo. The 9am spin usually caters for the faster cyclists. This has a nice mix of age groups and a good mix of women and men. This group usually rides an average pace of 28 to 32kph in the summer months, while this reduces significantly in the winter to about 25 to 27kph. Summer spin distance would also be 100+ km while winter spins seldom are over 90km.

On the 10am, Sunday spin then we have three groups. Group A average pace 23 to 25kph; Group B average pace 21 to 23kph while group C average pace is 17 to 20kph. Distance of spins also reduce proportionally to these speeds.

We also have spins on Tuesday and Thursday from the car park at Carraroe School beginning at 10am. These spins usually suit people on flexi time and night shifts and of course are ideal for retirees. New members are most welcome at these spins (commencing from Carraroe) during Open Week on Tuesday the 3rd of March at 9:50am and the same time and location on Thursday the 5th of March.

Apart from the road bike spins, we also have members doing indoor spinning classes and Palates sessions mostly over the winter months. We also have a few members who like to take to the forests and trails on Wednesday nights during winter on their hardtail mountain bikes well lit up of course for good visibility.

The club have a very hard working committee who organise major club-cycling, training and leisure events throughout the year;
• Club annual Table Quiz in The Harp Tavern on Thursday 12th of March.
• Club annual participation in Sligo St Patricks Day Parade Tuesday 17th of March.
• Club annual training camp abroad – this year to Majorca on 10th of April.
• The Spring Classic 60km and 120k – on Sunday 3th of May.
• Ladies Only Lough Gill (40km) Tour – a unique event on Saturday 13th of June.
• (New!) Club members only Mizan to Malin Tour – over 5 days commencing on 23rd of June.
• The Three Counties Tour (80km) – this year is on Saturday 5th of September.
• Santa Cycle in aid of Lyons Club Food Appeal – Sunday 6th of December.

Apart from all that, we organise many social events for members and friends, including a Spring trip abroad for one week to a cycling training camp. This year we are returning to Majorca on Easter week. We also hold club Sundays where we cycle out to the countryside as a single group and enjoy a coffee and cake together at some luxury rest stop. We also have an autumn weekend away where we head off on a Friday and return on the Sunday afternoon and cycle either a greenway or another sportive on the Saturday.

We are primarily a leisure-cycling club, but we also cater for some members who like to take part in local and regional racing leagues over the summer months. In fact, one of our members finished second overall in the all-club cycling league which was staged over seven weeks and seven events last summer.

This year as a once off event we are organising a five-day tour from Mizen Head to Malin Head for club members only. This is a gigantic organisational task and it involves many club members who are volunteering as helpers and vehicle drivers along the route. To date over thirty members have signed up to cycle this great challenge which in total will cover some 630 kilometres!

Apart from all this, we have an annual Christmas Social for all members and friends and we have many social nights out during the year such as a Pizza night’s etc. Our only fund-raising activity is the Annual Table Quiz, which is held in The Harp Tavern in early March each year.
Therefore, you can gather that we are an active bunch and if you come along on Sunday 1st of March to the Knocknarea Arena at IT Sligo and you will be welcomed on board. 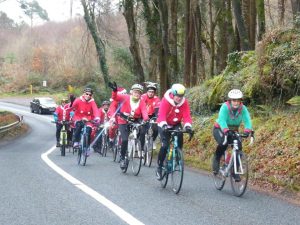 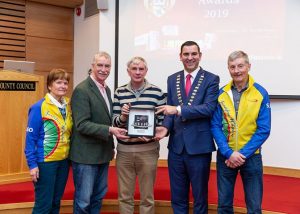 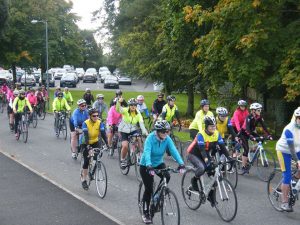 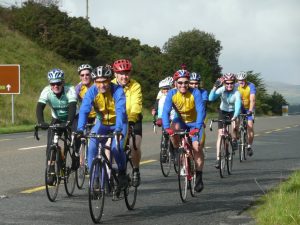 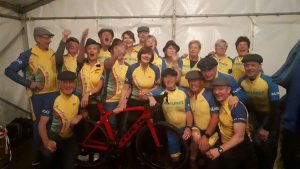 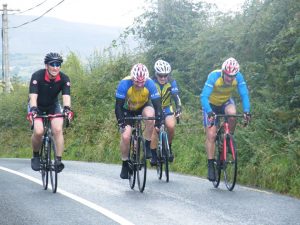 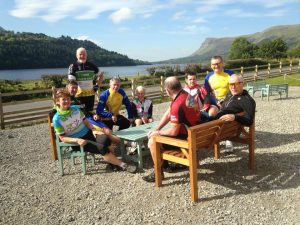