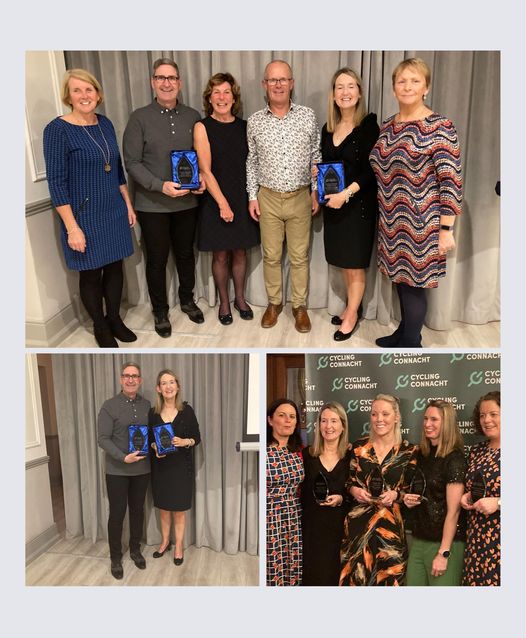 At an awards ceremony in Westport on Saturday night the 19th November, Innisfree Wheeles once again punched well above their weight when they took away two prestige awards.

Well done to Anne-Marie on a great achievment on behalf of our club. Anne-Marie took part in all five of the Connacht Leisure tours in the first half of this year and in doing so contributed to qualifying for this award.

This was the second year in succession that Wheelers won the Leisure Club of the Year Award. With the biggest membership in Connacht for a leisure club, Innisfree Wheelers is also by far the most active. Hosting for major sportive’s and also involvment in a Summer racing league, the club is busy for most of the year.

Apart from our own events our members represent us at major events in Connacht, Ireland and in Europe.

This year also the club took on the mammoth task of organizing the Mizen to Malin challenge for thirty of it’s members. This was completed in five days, and involved a good backup crew from the club also.

A very proud night indeed for the Wheelers after another hectic year.